Richard Parker's book from The Mountain of California, Openned Press, is being launched on 18 August 2010, 7.30pm, at Carnivale, 2 White Church Lane, London, E1 7QR. Admission is free. It should be a good event, lots of readers, more information and another flyer with policemen on the Openned website. 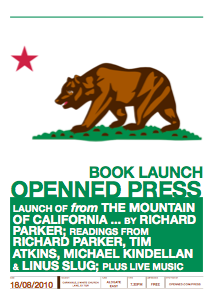 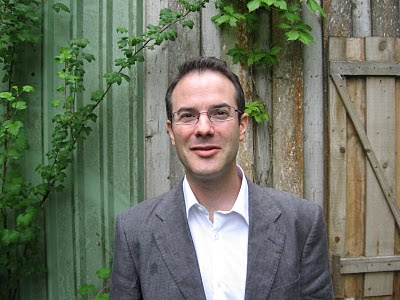 Last Sunday 4 July I went to a terrific reading by Scott Thurston at Furzeacres on Dartmoor, hosted by poet Philip Kuhn and sculptor Rosie Musgrave. Scott read from his new book Internal Rhyme, four sequences of identical form that are designed to be read horizontally and vertically on the page. This sounds tricky but it works, with parts of a sequence heard in both directions and phrases being recombined as the performance moved on. The sense of a web or maybe an array of half-lines that make connections but avoid closure was very strong. Sometimes the work seemed to be theoretical and sometimes personal, I liked it very much indeed, and it worked really well as a reading. Here's a picture of Scott outside the studio building at Furzeacres. Internal Rhyme is published by Shearsman Books of Exeter.
Posted by Tony Lopez at 15:46 No comments: 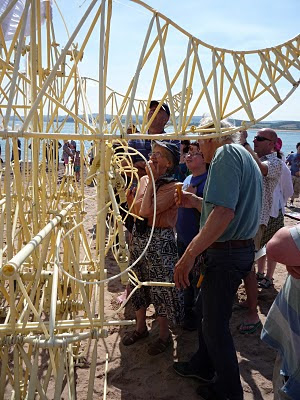 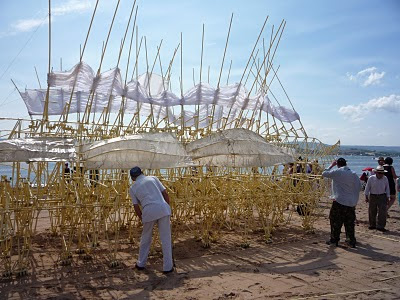 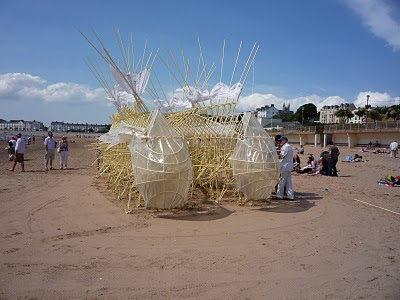 Our walk on the beach at low tide today included a look at Dutch artist Theo Jansen's Strandbeest which has been living and moving around on the sand for a couple of days. Theo Jansen (pictured above with his Strandbeest) explained that the creature was made out of ordinary conduit that is used everywhere in Holland for domestic and industrial buildings. The Strandbeest works on wind power, and uses moving sails to harness wind and store it as air under pressure in plastic bottles. We saw the sails working and saw the Strandbeest walk on the sand. This is the best addition to Exmouth beach that we've ever seen. Jansen drew a crowd of people for his talk about the creature and everyone was delighted to see the Strandbeest walking on the beach. There is also a smaller model that can be pulled along to demonstrate the mechanism in action and that was in use all the time. The Strandbeest is going to Exeter city centre for a few days during the Exeter Festival, and there is a Theo Jansen exhibition at Spacex currently.
Posted by Tony Lopez at 20:13 No comments: 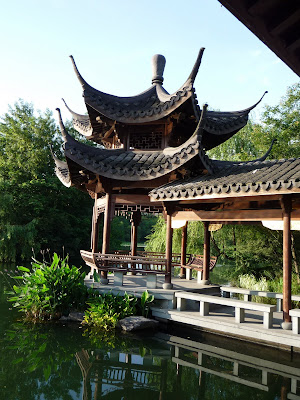 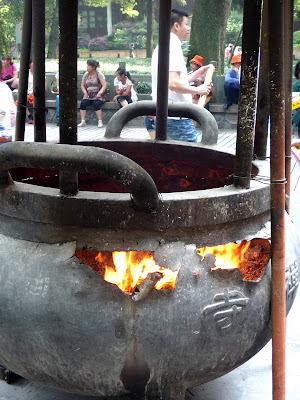 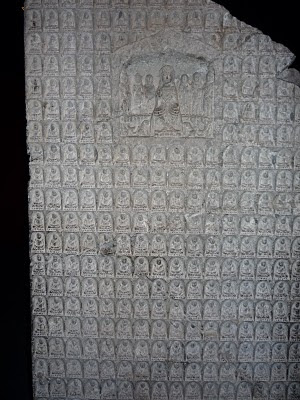 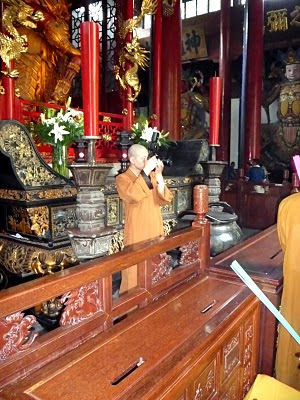 I was in Shanghai and Hanzhou from 1 - 10 June for the conference Modernism and the Orient, held at the Santai Villa Hotel, Hangzhou, on 5 - 7 June. I gave a paper on the English poets Harry Guest and Lee Harwood, choosing Guest's 'Two Poems for O-Bon' and Harwood's 'Chen' as poems that represent Japanese and Chinese cultures in their different ways. There were more than seventy papers at the conference, including contributions from Ron Bush, Ira Nadel, Daniel Albright, Sabine Sielke, Christine Froula, Zhaoming Qian, Fen Gao, Qiping Yin and Jiande Lu. I particularly liked the papers by Richard Parker, David Ewick, Dorsey Kleitz but as usual I was only too aware of the papers I was missing because of timetable clashes. A high point was the visit to the Lingyin Temple on a hillside near Hangzhou, my first visit to a Buddhist site, something I should have done about forty years ago. It was a wonderful experience to see the different temples and huge carved Buddhas, buddhist saints and warrior guardians. I was invited to give a lecture at very short notice at Shanghai Institute of Foreign Trade and so time for exploring Hangzhou and Shanghai was limited, but I did get to spend some time at the Shanghai Museum, a day in all, some of it with my friend Wendy Flory of Purdue University in USA who is a good companion and knows a great deal about Chinese Art. I was looked after in Shanghai and Hangzhou by various University postgraduate students and staff, a really warm welcome and great hospitality. The photos above are 1 West Lake, Hangzhou; 2 Lingyin Temple; 3 Buddhist Stele, Shanghai Museum; 4 Lingyin Temple; 5 Memorial temple for Yu Qian. My trip to China was sponsored by the British Academy, I'm really grateful for their support.
Posted by Tony Lopez at 15:14 No comments: 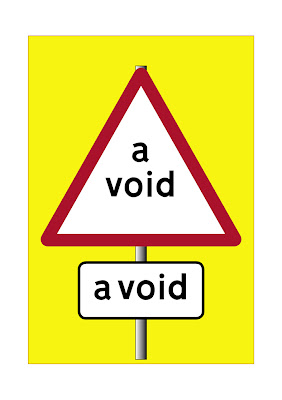 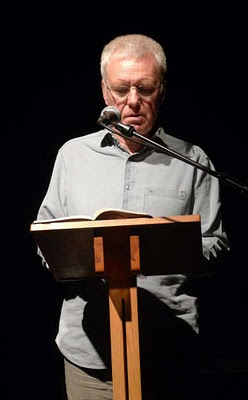 I'll be reading during PW10, the Performance Writing weekend at
Arnolfini, 16 Narrow Quay, Bristol, BS1 4QA.
Saturday 8 May, 11am-9pm
Sunday 9 May, 11am-6pm
There is information about the weekend and ticket details on the Arnolofini website here.
Photo from the Text Festival, Bury, 2009.
Posted by Tony Lopez at 10:50 No comments: 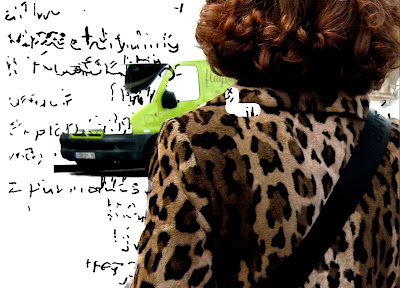 An excerpt from the manuscript books of False Memory has just been published in the new issue of Ekleksographia online magazine William Blake and the Naked Teaparty guest edited by Philip Davenport. The issue features textworks that emphasise touch - handwritten and haptic – particularly pieces that consider emotional engagements, and corporate or military erasure of the handmade, the human, the not-digital.

These qualities link into the alternative tradition of poetics - and to 'outsider' artists who are owed a debt by the experimenters  (an IOU all the way back to Will Blake, he and the Mrs sitting on the lawn in London afternoons, naked, drinking tea).

A CELEBRATION OF W S GRAHAM

Will read and discuss the work of one of Scotland's finest poets, who made his home in Madron, Cornwall.

There will also be a chance to listen to recordings of the man himself, followed by informal drinks from 6.30 p.m.-7.30 p.m.

The evening is free and to reserve a place please email:

Monday 18 January, 11 am, I'm giving a talk on my project 'Only More So' for the MA Creative Writing seminar at The University of Plymouth, Portland Square Building.
Posted by Tony Lopez at 15:16 No comments:

PUBLICATION of WORK IN PROGRESS

My previous post on the publication of Work-in-Progress from 'Only More So' was incomplete, so here it is updated:
'Only More So' in Practice: New Writing + Art, 2 (2007) 145-148.
'Giant Steps' in the Dispatx issue Eminent Domain (2007).
'from Only More So' Argotist Online (2007).
'from Only More So' in Kornelia Freitag and Katharina Vester (eds), Another Language: Poetic Experiments in Britain and North America, Berlin: Lit Verlag, 2008, 17-20.
'The Hawthorne Effect' in  Wobbling Roof issue 1 (2009).
'from Giant Steps' in Salt Magazine issue 2 (2009).
'from Giant Steps' in Tears in the Fence, 50 (2009) 35-37.
'from Only More So' in  Tony Trehy (ed), Text 2, Bury Metropolitan Borough Council, 2009, 34-41.
The most substantial publication so far is Darwin, one section (10%) of 'Only More So', a 44-page book published in a limited edition by Acts of Language, 2009.
Reception
Darwin has been reviewed by Ron Silliman in Silliman's Blog and by Steve Spence in Stride Magazine.
Richard Kerridge, 'Climate Change and Contemporary Modernist Poetry' in Poetry and Public Language, Exeter: Shearsman Books, 2007, includes critical work on 'Only More So'.
Posted by Tony Lopez at 09:56 No comments:

Labels: Darwin, Giant Steps, Only More So, The Hawthorne Effect

ONLY MORE SO / ARTS COUNCIL ENGLAND 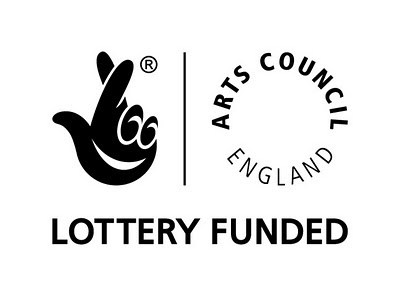 Since 2005, I've been working on a prose book called 'Only More So', building it up in sections, fitting in when I could around teaching in Plymouth. It is a large-scale structure composed in a strict form using a collage process, similar in a way to False Memory (1996, 2003), but the unit of composition in this book is the sentence, rather than a verse line. In order to make more rapid progress with this work I decided to give up my chair in poetry and take voluntary redundancy so that I could write full time. I went back to self-employment on 1 August 2009, and since then I have been working on this project and putting in various grant applications. I just heard in late December that 'Only More So' was approved for Arts Council 'Grants for the arts' funding beginning January 2010, so I can concentrate on writing right through 2010 and also free myself up for any freelance work.
Some Work-in-Progress from 'Only More So' has been published:
'Only More So' in Practice: New Writing + Art, 2 (2007) 145-148.
'The Hawthorne Effect' in  Wobbling Roof issue 1 (2009).
'Giant Steps' in the Dispatx issue Eminent Domain (2007).
'from Giant Steps' in Tears in the Fence, 50 (2009) 35-37.
'from Only More So' in Text 2, edited by Tony Trehy (Bury Metropolitan Borough Council, 2009) 34-41.
The most substantial publication so far is Darwin, one section (10%) of 'Only More So', a 44-page book published in a limited edition by Acts of Language, 2009. Darwin was reviewed by Ron Silliman in Silliman's Blog.
Posted by Tony Lopez at 11:49 No comments: