I've added some photos of the work, including my text animation More and More, a frame from Alan Halsey's Memory Screen, two individual facets from The Wittgenstein Vector by Mike Rose-Steel, Jaime Robles and Suzanne Steele, Looseidity by John Hall and Untitled by Dan Wood.

I'm grateful to Jaime Robles and Mike Rose-Steel who organised the exhibition -- it's great to see More and More, which is on loan from Bury Art Museum, installed so well.

The exhibition WOR(L)DS IN COLLISION runs until September 2015 at Byrne House, University of Exeter. 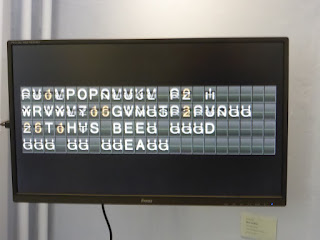 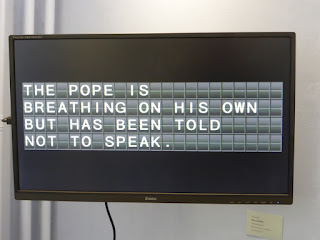 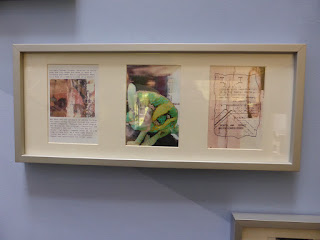 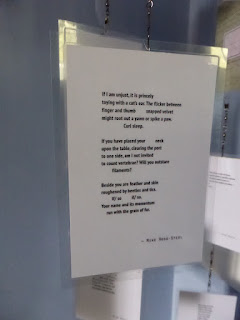 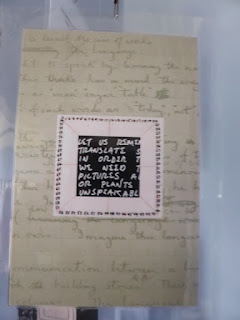 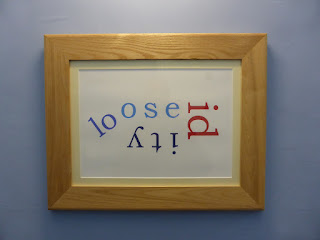 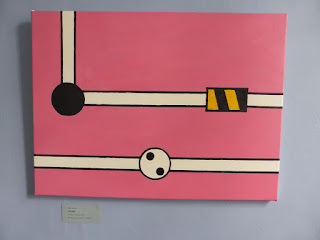