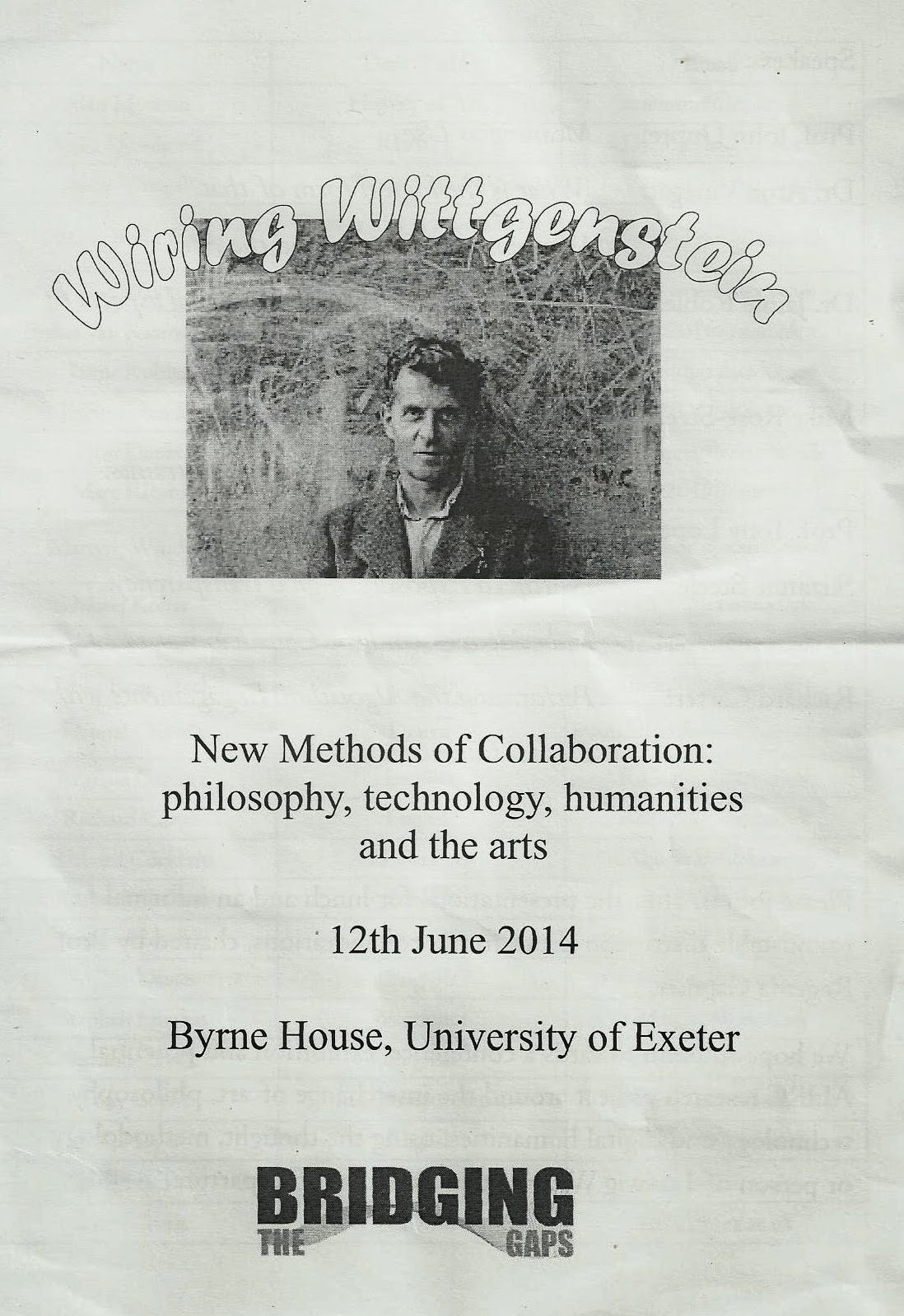 I was at this high speed colloquium, chaired and introduced by Regenia Gagnier, on Thursday 12 June 2014 to show some recent work and give a brief talk. The speakers were John Dupre, Meaning as Use;  Aron Vinegar, 'What is the logical form of that?' Wittgenstein, Gesture and the Arts; Jaime Robles, Verbal Entanglements: The physical aspects of language and its digitisation; Mike Rose-Steel, Tweeting the Roman de la Rose: digitisation, social media and constraints; Tony Lopez, 'This is a forensic sentence'; Suzanne Steele, Northern Exposure: digital transparency, embeddedness and the Canadian war artist; Richard Carter, Performing the Algorithm: Engagements with Digital Literature.
Great to see so many Exeter people there including Lewis expert Alan Munton, the curator Cristina Burke-Trees, and Martyn Windsor from CCANW. Thanks to Jaime Robles and Mike Rose-Steel for inviting me to speak and for organising the event. The meeting was to explore future collaborative projects in philosophy, art, technology, english, hopefully right across the spectrum.
Posted by Tony Lopez at 11:53